Feast with our Friends

Here's what went down at our Indoor & Outdoor Feasting at Smoked & Uncut 2022...

Graze the day away with Smoked & Uncut's indoor and outdoor feasting tents hosted by Angela Hartnett, James Golding and our very own PIG Chef Apprentices!

Take a break from all the festi-fun in the field and head inside to the hotel restaurant for a sit down feast!

Angela was at the helm across the kitchens cooking up a 4-course feasting menu with our Chef friends. Each took on a course, so enjoyed dishes that are not only full of flavour… but also full of their unique styles! Like the music, no festival was the same, so Angela was joined by different Chefs at each event.

Each sitting will kicked off with fizz and nibbles, followed by 3 deliciously unique courses. A long lunch wouldn’t be right without a glass of something in hand! At THE PIGs we enjoyed half a bottle of red or white PIG Cut half a bottle of HH&Co wine per person at Lime Wood.

If you fancied a few more tipples you could choose from our selection of English wines from our PIG friends, including our favourites from the Wine Garden of England in Kent (not included in the ticket price).

Included 4 courses, arrival drink and half a bottle of wine (Dietaries will be catered for – the team will be in touch closer to the time to check for allergies)

3.30pm (You'll be back grooving by the headliner's set, don't worry)

8.30pm (After the Headliners have finished)

Cooking at all four festivals...

Angela Hartnett OBE needs little introduction! Over a decade ago Angela opened Murano Michelin starred modern Italian restaurant in Mayfair with Gordon Ramsay. She is one of the UK’s most loved chefs and restaurateurs, and will be accompanied by Neil Borthwick, Head Chef of Soho’s legendary The French House at each festival… but he also just so happens to be Angela’s husband, so you can expect a home-from-home style from the duo!

Pip Lacey started her career out as a commis chef first at a Gordon Ramsay restaurant under the watchful eye of Angela Hartnett, then working up to Head Chef at the Michelin starred Murano before opening Hicce in Coal Drops Yard. She created barbeque fuelled and beautiful dishes with a real focus on using the very best produce out there.

Sally Abé captures her own spin on classic British dishes; simple, hearty, tasty food, intensely focused on flavour. Sally Abé rose to fame at The Harwood Arms. She's now at the helm of The Pem inside the Conrad London St James hotel.

Mitch Tonks is one of the most respected and knowledgeable seafood people in the country serving up award-winning plates in his restaurants The Seahorse and Rockfish, Devon.

Mark Hix is a long-time friend of Smoked & Uncut and an industry heavy-weight. Mark is best known for his original take on British gastronomy at The Oyster & Fish House and The Fox Inn.

Ed Wilson is the chef and owner of Brawn and Sargasso. His philosophy of cooking simple, seasonal, delicious food that is always linked to outstanding produce has impacted and influenced restaurants both locally and internationally.

Nieves Barragán first made a name for herself when she was awarded a Michelin star in 2013 for her work at top restaurant Barrafina. Bringing a different taste and experience to Spanish cuisine, Nieves has since moved on to open a restaurant of her own - Sabor, in central London.

Lisa Goodwin-Allen is one of the most innovative and exciting chefs in the UK today, best known for being executive chef of the Michelin starred Northcote restaurant. Working with local produce and putting a twist on it - Lisa works with the seasons, to bring out the best of every product to create new exciting dishes.

Please note Feasting tickets must be purchased IN ADDITION to your entry ticket. 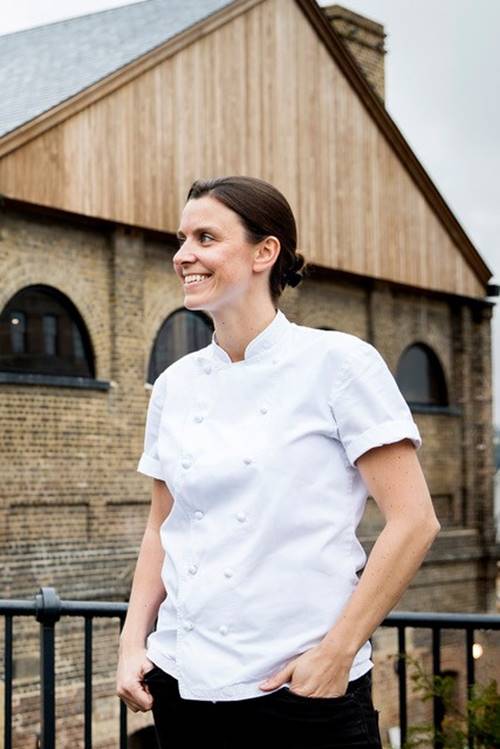 Introducing our field kitchen serving up PIG classics rustled up by our very own PIG Chef Apprentices and Group Chef Director James Golding.

Our PIG Apprentices took to the field under canvas to cook up a deliciously simple 3 course menu using ingredients both from our Kitchen Gardens and some of our local hero suppliers to each festival. The set up was on long sharing tables; perfect for groups to sit together and enjoy the festival vibes.

Rock up and select your favourite starter to whet your appetite (subject to availability). Choose from one of 3 main dishes, classically PIG with a festi-twist; simple rustic British Kitchen Garden food. Then finish things off with a choice of puds (that we know you will love).

Raise a glass (or two) with a glass of something special! Choose from our selection of English wines from our PIG friends, including our favourites from the Wine Garden of England in Kent (not included in the ticket price).

Who will be cooking?

Cooking alongside our PIG Apprentices, and running the operation was James Golding - Group Chef Director of THE PIGs has been with us since day one and is a champion of local, sustainable and simple food!

All sittings were on a rolling basis bookable before the day or just rock up on the day for some drop in dining!

Includes three course set menu, with a choice of 3 starters, mains and desserts

Drinks not included – Bar in the restaurant serving a selections of beers, wines, spirits and soft drinks

Sittings are for 90 mins

Please note Feasting tickets must be purchased IN ADDITION to your entry ticket.

*SAMPLE MENUS WILL BE RELEASED CLOSER TO YOUR FESTIVAL DATE* 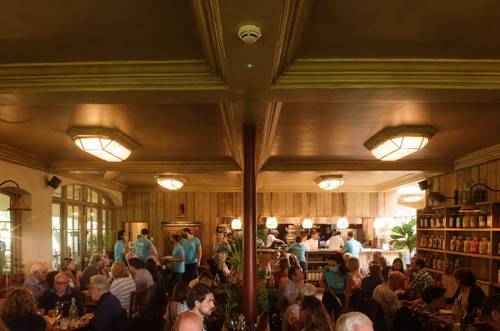 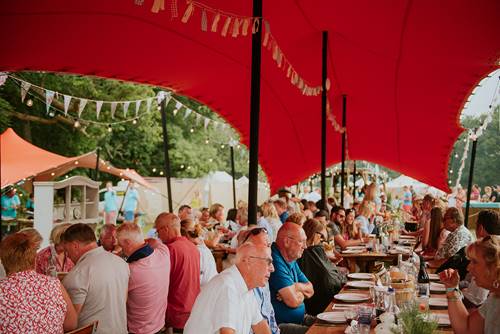 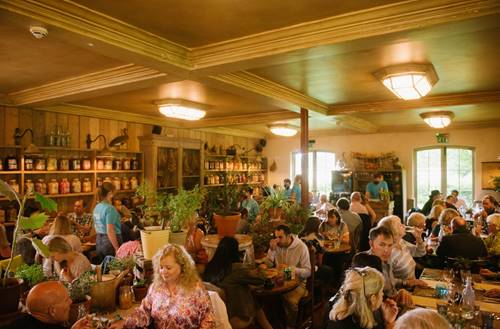 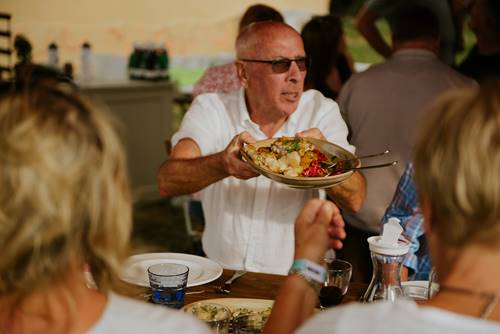 The law changed in May 2018. New General Data Protection Regulations (GDPR) have come into play which means that we need to explicitly ask for your permission to send you marketing information about Smoked & Uncut.

Even if you are already a big S&U fan, we still need to obtain your consent in order to send you E-communications about our festivals, offers and line-ups.

Please sign-up below and give us your permission to keep in touch! Otherwise we will have to let you go and we really don’t want to!